Asian hornet: how to fight against this scourge?

The Asian hornet (Vespa velutina, not to be confused with its European cousin Vespa crabro, or with the giant hornet Vespa mandarinia that has recently been spotted in North America) has become within just a few years, the second main predator of western European honey bees.

It first arrived in Europe in 2004 in the southwestern region of France and has since spread to the entire French territory, and gradually entering its closest neighbours (Spain, Italy, Portugal, the UK, Belgium, Germany, Switzerland).

The Asian hornet hovers around the hive’s entrance, watching for bees, causing major stress for the colonies.

The inability of bees to forage freely due to the havoc caused by the hornet, leads to starvation of the bees, subsequently causing their death. In addition to bees, this hornet attacks a huge variety of insects, posing a major threat to biodiversity.

In some countries (e.g. France), the Asian hornet is now classified as a national hazard, allowing professionals and local authorities to propose approved control programs. The State also finances studies on the monitoring and effectiveness of control methods.

How to fight Asian Hornets?

These two strategies do not allow the eradication of the hornet. But they contribute to slowing down the propagation and the impact on the hives. Beekeepers also use alternative solutions, such as electric rackets and hive shields).

Today, the main challenge for research is to identify a trapping solution that is both effective and selective. One of the challenge is obviously to limit the impact of trapping on biodiversity.

Learn more about our VespaCatch solution 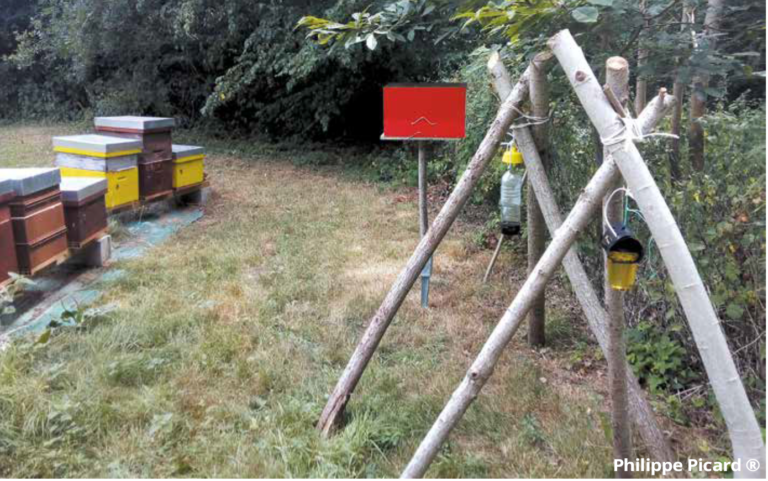 Assessment of the effectiveness and selectiveness of VespaCatch®, Jabeprode® and bottle traps for summer/autumn trapping

A recently published study conducted in 10 apiaries in the Eure department in the summer/autumn of 2019 compared the effectiveness and selectiveness of three Asian hornet (Vespa velutina) trapping devices commonly used by beekeepers.